In the early days, there were Seven Trails that traversed through Johnson County. Tecumseh, as an early settlement in 1869, was a crossroads for many of the trails. The most used trail was the Nebraska City Short Cut Trail which was used as a short cut from Nebraska City to the Oregon Trail. Next in importance was the Brownville-Fort Kearny Trail which came into being about 1850 and was used by those pioneer settlers and freighters moving west through the county. Stage coaches also used the trail. Other trails were Nebraska City-Beatrice Trail, Salt Creek Trail, Pawnee City-Lincoln Trail, Settlement Trail and Tecumseh-St. Joseph Trail. More information and a map is available by e-mailing jc10928@windstream.net.

Tecumseh
As part of the Nebraska Territory, Forney County was comprised of both Johnson and Nemaha counties. In 1855, it was divided and the western part became Johnson County. The county was named after Col. Richard M. Johnson who was a prominent army officer in the War of 1812 and vice president of the United States from 1837 to 1841. The legend is that Johnson surrounded and killed the famous Shawnee Indian, Tecumseh, in 1813 during the Battle of the Thames in Canada. Therefore, Tecumseh, being almost centrally located, became the county seat town which is surrounded by Johnson County.

Tecumseh is the birthplace of Col. Barney Oldfield who was a public relations officer for Dwight Eisenhower; press agent to Ronald Reagan, Errol Flynn and Ann Sheridan; mentor to George Foreman; a publicist and Hollywood columnist. His career took him to 81 countries and on every continent. In 1997, 7 miles of U.S. Highway 136 from Tecumseh east to the Johnson County line was designated as the Col. Barney Oldfield Memorial Highway. “The Life and Times of Vada and Col. Barney Oldfield” is an exhibit about his life, which is on display in Tecumseh. In 2000, he gave the seniors of the three Johnson County schools a check for $1,000 each and a promise of $1,000 to the 2000 kindergartners when they graduated from high school in 2012. They also received an additional $1,000 after they enrolled in a Nebraska college or university.

Tecumseh was first in the state of Nebraska to declare a historic district in 1958 and is listed on the National Register of Historic Places.

Sterling
Sterling is the birthplace of renowned author, Hal Borland, and the Martin Luther Home. The annual Deer Creek Sodbusters Antique Machinery Show is held on the second Sunday in August and is the only antique tractor and machinery show in Nebraska to be officially designated as a “Local Legacy” by the U.S. Library of Congress.

Cook
Cook was first known as “The Artesian City” because of the numerous artesian wells in the area. One of the wells is located in Windmill Park just west of town. The park also features the only Covered Bridge in Johnson County.

Elk Creek
Elk Creek is a small village of only 115 population but is very active in community improvements and projects.

Crab Orchard
Crab Orchard was named for the wild crab apple trees which were located just north of the Crab Orchard cemetery. The first school in the county was located there but many of its historical landmarks have disappeared.

Seven Trails
The brochure outlines the Historic trails that were used by the Indians, pioneers and settlers who migrated through Johnson County before, during and after the 1880’s. As the map shows, some of these trails connected to the more famous Oregon Trail. Of special note is the camping ground on Turkey Creek mentioned in the Nebraska City-Marysville Trail and the heavy traffic that was visible there many years later.

Keim Stone Arch Bridge
Rural Johnson County – 3 miles east, 1 mile north of Tecumseh
The Keim Stone Arch Bridge was built in 1916 by the Keim Cement Company. It is listed on the National Register of Historic Places and is a rare, well-preserved example of early 20th century stone arch bridge construction. It also is the only surviving stone bridge built by this prominent local bridge builder.

Civil War Soldier Memorial Statue
Courthouse Square, Tecumseh
(402) 335-6300
A Civil War Soldier Memorial Statue was erected “in memory of all soldiers and sailors of JohnsonCounty” by the Heckathorn Post No. 47,Nebraska GAR in 1903. A replica of a World War I cannon was erected in memory of the USS Maine which was destroyed in the Havana Harbor on February 15, 1898. The cannon is a replica because the original cannon was called up in World War II to be used as scrap metal. The plaque placed on the memorial was originally cast from the metal of the USSMaine. Both of these memorials are located on the Courthouse square. A bandshell was erected on the southeast corner of the square after World War II in memory of those from Johnson County who gave the ultimate sacrifice. Tecumseh, in the early days, was also home to a Carnegie Library and an Opera House.

Tecumseh Post Office
484 Broadway, Tecumseh
(402) 335-5900
Johnson County can also claim the site of the “First Rural Mail Delivery in Nebraska” in November of 1896. There is a sign at the Tecumseh Post Office marking this event. 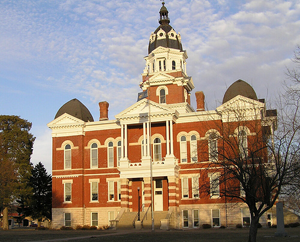 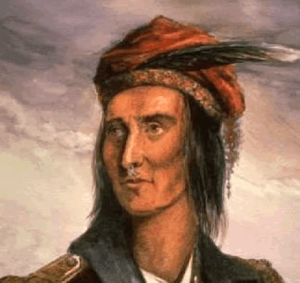 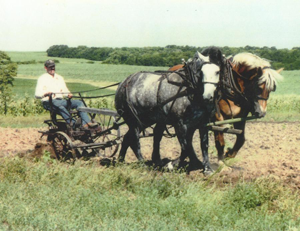 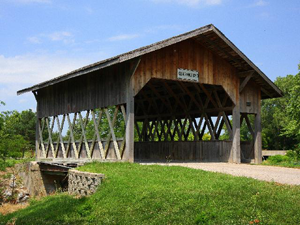 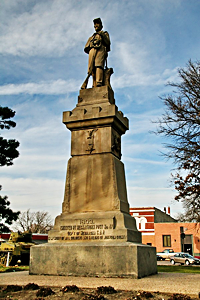 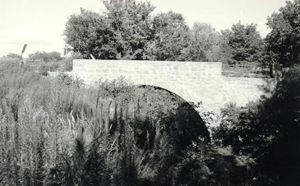 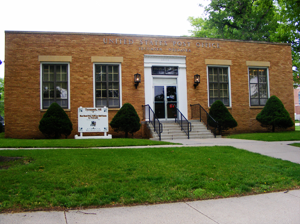